Recollections from Early Years in Hydrogeology

This talk is about part of one geologist’s journey from raw geology graduate in Hobart to retired hydrogeologist in Sydney. The change from student to paid geologist was combined with the move from temperate Tassie to arid Alice Springs, and then to Sydney, and was not without its ups and downs. This talk will dwell briefly on some of the landmarks.

Being assigned to a Bureau of Mineral Resources (BMR – now Geoscience Australia) field party in Central Australia was a great way to get a grounding in geology, and had the benefit of an introduction to the reality of groundwater by associating with water drillers in the area. After a couple of winter field seasons in the Centre, with “write-up” summers in Canberra, secondment to the Alice Springs Resident Geologists Office of the NT Mines Branch was a welcome step up in the intensity of the contact. Daily work on Alice Springs town water supply, and selecting bore sites for pastoralists across the Centre was an enviable learning experience, with Neil Jones and Terry Quinlan in particular as great mentors. Contact with BMR geological and geophysical parties, and some of the myriad of geologists looking for oil and minerals, was a mind-broadening time. The final years in Alice Springs were highlighted by the investigation of the Mereenie Sandstone for Alice Springs town water supply, and attendance at the first  Australian Water Resources Council (AWRC) Groundwater School in 1965 that opened the way to new ways of doing things.

A move to Sydney and the Water Conservation and Irrigation Commission in 1966 brought a new perspective, with introduction to activities sponsored by (AWRC). There was a lot of effort going into the investigation of the aquifer systems of the unconsolidated sediments, particularly in the western flowing rivers, with geophysical surveys complementing the drilling program. Large amounts of data were being obtained, and new ways of dealing with this were being implemented. The WCand IC card system for recording groundwater information from registered boreholes was replaced by a large computer system operated by the NSW Treasury Data Processing Bureau. In-house computing was developed, initially for geophysical projects, but later for numerical modelling activity, and Noel Merrick has already talked about these.

In NSW we saw the development of the bore licensing system from a relatively informal information gathering system to a tight usage control system. This was a fore-runner to some of the changes introduced later in the Water Act 2000, when access to groundwater for irrigation purposes was separated from ownership of the land being used.

The Technical Committee on Underground Water (TCUW) was the interstate representative committee set up by AWRC to provide it with advice. It provided a useful platform for interstate cooperation in groundwater exploration, standards and nomenclature to be used, exchange of data via meetings and conferences, and management issues such as artificial recharge, hydraulic fracturing and discussion of groundwater allocation issues.

One important interstate issue that received a lot attention in the 70s and 80s was management of the Great Artesian Basin. TCUW convened a working party to try and sort out the issues and its report to AWRC was the trigger that set the Cap and Pipe the Bores program on its way.

There is one other significant aspect of the groundwater scene that has changed completely that should be mentioned.  In 1965 there were no non-government employers of hydrogeologists in Australia. A major change in this scene was started by Jim Johnson and John Mills in 1966, when they joined forces to start Australian Groundwater Consultants. That is hard to believe now. With the proliferation of opportunities in the private sector they are now a substantial majority.

Don Woolley joined the Bureau of Mineral Resources (now Geoscience Australia) in 1956, on a cadetship for the final year of his honours degree in geology at the University of Tasmania. In 1957 he was posted to a field mapping party in Central Australia and in late 1959 was seconded to the Alice Springs Resident Geologists Office of the Northern Territory Mines Branch. He cut his groundwater teeth on projects associated with the Alice Springs town water supply from the Todd River alluvial deposits and on bore site selection for pastoralists and government agencies across the southern part of the NT. Later he was directly involved in the investigation and implementation of the Mereenie Sandstone source that continues to supply the town.

In 1966 he transferred to the then Water Conservation and Irrigation Commission in NSW where he was involved with the developing program of groundwater exploration in the alluvial deposits of the western flowing river systems. This later extended into the Murray Basin, and the aim of the work expanded from exploration for water supplies for irrigation into a general assessment and management of groundwater as part of the overall environment. Much of this work was funded by the activity of the Australian Water Resources Council and its Technical Committees on Surface Water, Underground Water and Water Quality. Don was the NSW representative and Chair of the TCUW for several years.

He moved to the private sector for 1990, but returned to the NSW department to help with the task of preparing the NSW part of the Murray Basin 1:250 000 hydrogeolgical map series. After that, he spent several years consulting on groundwater matters around Australia, and took part in overseas projects in Thailand, India, Sri Lanka, Tanzania, Egypt and Western Sahara. 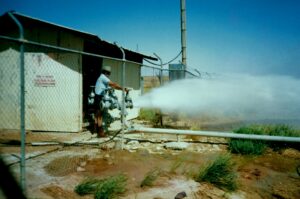 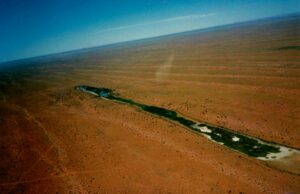 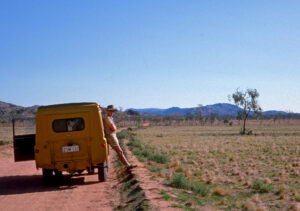 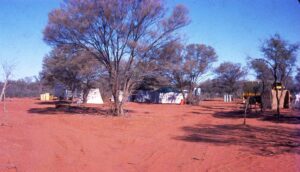 Who is who and what direction for groundwater management in NSW? Fabienne…

Thank you to our 2022 Corporate Members